–          Call Me Ishmael. And, by the way, fancy a glass of this terrible alcohol-free Sauvignon Blanc mit vodka, Herr…?

Tony smiled. He was glad to see Jakob Goldmann after so many years. He was, after all, the only honest detective left in Tel Aviv, and he had probably run into a few problems of his own to meet him at that little café for tourists on the Elbaside in Hamburg.

The pretended introduction and the codenames would buy them a few minutes of free talk, although under the guise of a symbiolisic code. Tony could not fathom how many of those tourists around them were actually just that, plain, tacky retired workers or penniless students traveling around with their rucksacks fullpacked with the rest of the stereotype.

–          Really? That certainly sounds interesting. What are you working on right now?

–          It’s an epic story involving a constellation of planets. One of them used to be a prison colony, but mad scientists used it to experiment with new humanist concepts alien to their culture since eons ago. This colony eventually becomes the center of the constellation and puts an end to millennia of warring between different factions.

–          Hum!—Jakob said, staring at the chessboard—So, the story is focused on the process of achieving universal peace in that corner of the universe?

–          Quite the opposite—he motioned for the waiter—Ein Rheinwein, bitte!—and then, to Jakob—Herr Jacques, that wein’s terrible, but asking for one should convince the waiter that we really are tourists…

He noticed how Jakob had placed his bishop next to the knight. Too many levels, play it by ear.

–          The story starts after peace is achieved. New generations of disaffected youth grow up in a galaxy of commerce and exchange. For them, to think of war is impossible, until Intergalactic Spirits, Co, decides to drop the mask —He opened the way to catch the White Queen.

–          Intergalactic Spirits, Co? Are you serious?—said Jakob, taking good notice of the move.

–          Yep, they were the first company created after the penal colony proclaimed its independence. So, not to bore you anymore… Basically the movie starts with a fake election for the Highest Representative of the Union, then a surprise attack from one of the smaller planets. That’s when our group of heroes comes in: disenfranchised youths who suddenly remember their genetic pride. A series of ridiculous incidents and releases to the systems of planetary communications provides the Parliament of the Union with self-granted reasons to reject all the principles on which it was based. The whole Union of Peaceful Planets becomes a Cosmic KZ, and excuse me for the expression, in which humans are nothing but receivers and consumers of fake information.

–          Nah, the so-called “freedom fighters,” that is the control fundamentalists, have been feeding everyone nano-bots that program every function. Sex is out of the list.

–          Nothing at all. That’s the end of the trilogy. There is no possibility of escaping since the system is designed to neutralize all information. It’s a documentary, after all.

The waiter arrived with the glass of wine, and Tony sipped it carefully. As soon as the waiter turned to attend a tableful of brit hooligans, he spat the wine on the side. He started moving a knight, but then went for the queen, positioning her for a full frontal attack. Jakob moved his other knight.

–          You have not played with your head. You are too interested in this storyline of yours. All these reincarnation cycles and you have yet to learn. You are facing a game that could verily end with any number of random checkmates on any side. The anti-endgame, basically, but an end in itself.

That reminded Tony of something…

Outside the café, on the pier, a scared outcry broke the silence, followed by the first bars of Italy’s new national anthem: “Felicita!” Everything was bathed in an ominous light.

They could see a huge crowd piling up, and in their center “Matches” Malone, disguised as a medieval death, slashing and trenching, with a rusty scythe, a club of Italian old maids. His bony finger pointed at them through the café windows: 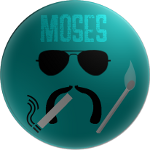 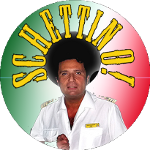