The Proposal: Till Death Doth Uth Apart in the Ardennes!!

Furious Nickle and his Fumbling Flimsies are lost in the Ardennes looking for a way out of their WWII misery. Jealous Joe crumples a picture of his beloved Nastasha in his hands. Furious grabs him by his shoulder and points out the convenience of having a beloved who is completely alien to the conflict they are immersed into. Jealous Joe coughs, dries up his tears and apologizes to the rest of his multi-ethnically-represented unit for the flimsiness of his behaviour.

Shot from the top of the hill: goddamn Hispanic commie-loving guerrillas have taken over a medieval castle and they use it as a base from which to expand their preposterously preposterous manipulation tactics.

Inside. Shot from behind the Red Cranium, ex-nazi, ex-commie, ex-entrepreneur, kindly contemplating his own face in a hand-held mirror…

An Incan Priest runs to his side with the holy tunic of Technotizlan, but he trips over one of the strategically misplaced cobblestones of the castle!

As a cast of mariachis skate through the castle, we hear the Incan Priest’s expiration yell.

Bushes. Furious Nickle and his commandos like bushes. Of course.

Anyways, they are about to get out in the open and attack the hill on which the castle stands!

Furious Nickle starts running up the hill, shooting left and right with his automatic shotgun. His cigar immaculately stays on the side of his mouth as he shouts:

Now we see the castle walls and shotguns firing back from among them.

Circle around the fallen comrade. Dunleary, tears in his eyes, raises his right fist tight and yells at them:

A shot from the bottom of the hill: we see how they run towards the castle. Maybe a couple of pages of those brave boys dodging bullets and shooting would be appropriate. Mingled with shots of the castle-walls and the stupid servants of Red Cranium being shot down, although they should be pretty safe behind those aforementioned walls. Doesn´t matter, though, they´re Unununamericans.

Probably Dunleary should be captured as he walks into the castle, and we can have a scene in a dungeon, or better yet, in RC’s lab. The Boys find the lab and they start shooting, but Jealous Joe stops for a second, pulls out from his crotch his picture of Nastasha and, overcome with jealousy, stupidly hits his head against a button on the wall… Glue falls from a big cauldron on the ceiling and gets the Flimsies in a “sticky” situation. As RC prepares to destroy all of them, who but Furious Nickel breaks through the wall and shoots RC’s kneecaps. He had faked his death to motivate his flimsies, and after liberating them, Dunleary –unrepressed– and himself walk down the hill, arms over each other’s shoulders.

They go off laughing, arm in arm, as we see on the forefront Jealous Joe and Khaled Khomeini: 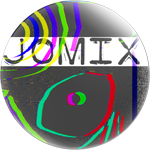