“He was once again in the room he had never left, opening and closing the same drawer. That’s when he heard the door bell: hoskuldsormhrossbjarnarsonkvaranamhlaib cúarántryggvason!.

“Ah, it must be those plumbers!” Mickey thought to himself.

It was the rhythm. These first lines were not doing it for him. They didn’t seem to convey the vast epicness of Icelandic routine. Skagafjord was getting closer but he hadn’t been able to find the right key with which his next endeavour would open. Too many things on his mind and much too liquor running through his blanketed up body in that endless, dim, winter morning. Hunting bears during the three-night day of the solstice.

James turned his head back towards Mickey, and there he was, sticking his hand up Ljufa Kormakdottir’s skirt.

The bus had stopped. The school kids were running towards a stone-wall beyond which thick clouds of steam rose. Either they are alleviating themselves or they are boiling them balls in one o´their geysers. He looked back across the half-empty beishcycly and sure enough, he saw Mickey correcting the eight Hallsons’ Hall-Song scores. His brother’s grasp of these lands’ inmates’ drunken song-composing skills never failed to fill him up with a rancid tinge of optimism. On Mickey’s left, Ljufa Kormakdottir, as he had imagined her. But she was asleep, her head bovinely leaning against the frosty window. James delighted in watching little clouds of steam coming sweetly from her young lips. He caught himself in the act and turned abruptly from his student. Blushing front, he witnessed how the kids were getting back on the bus.

Exasperating! Misdirection and reverie don’t let me concentrate on me writing! That morning, he remembered, he had felt the strongest desire to stay in school and give his customary speech on history to the students who did not agree with the idea behind the Field Trip. That should have really beaten preparing next week’s worth of grammar lessons,… but Mickey had convinced him to put on three layers of coat and jump on the bus with him and the rest of their students.

It suddenly crashed across his brain. A simple beginning that would make the trick:

And then, on the next page, a full yellow page advertisement for two Icelandic plumberbrothers. That would be rather scary, if not unpleasant. Who wouldn’t feel terrible for the person whose apartment those two plumbers were breaking into with deadly intent and little Christian conscience?

He was sitting on the edge of greatness, ready to be plunged onto the abyss by the clumsy clutches of immortality!

At that point, he started wondering why Icelandic phones had the usual seven numbers, and it made him see again the absolute failure of it all. Right on clue, Mr Haengsson came in, counting students to make sure none had evaporated in the ureic fumes. He ordered the driver to get back on the road and headed down the aisle, towards James.

–          “Would you mind, if this does not bother you at all, of course, sitting next to your brother? I need to take a short nap and the trucksandtruckles of the engine are working hard at the back to render that goal completely unattainable. I am afraid that all the front seats are taken by these little devils, anyways.”

Through the polar cold, on his sluggish way to the back of the car, his blood started rushing.

His mind kept pushing back the black and white image of Nora in Zürich. He shouldn’t be thinking about this little 15-year-old Kormakdottir. But there she was, staring blank-faced at him from the  back row, closer and closer now. He went on to recite the darkest passages of his Williams grammar book. Forwards first, then backwards.

The girl stucked to his foremind; a young girl of white thoughts and white little hands… Blushing, he humfed to his brother to move because he wanted to sit right in the middle seat. Mickey looked around helplessly to all those barred papers spread on the floor, half-covering him.

James was moved by her candid offer, with a bi-headed feeling of warmth inside. He sat next to the window, and looking out into the gray landscape, he muttered a few words of gratefulness and apology, shamelessly appropiated from Baldskallar´s lament, the one that starts…

–          “On the contrary, Mister Joyce, I am really happy to be sitting next to my favourite English Grammar teacher…” answered the little girl sandwiched in-between the two brothers.

He kept writing in his head, rearranging the first Icelandic detective novel composed exclusively of fragments of the Reykjavik phone book. 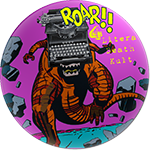